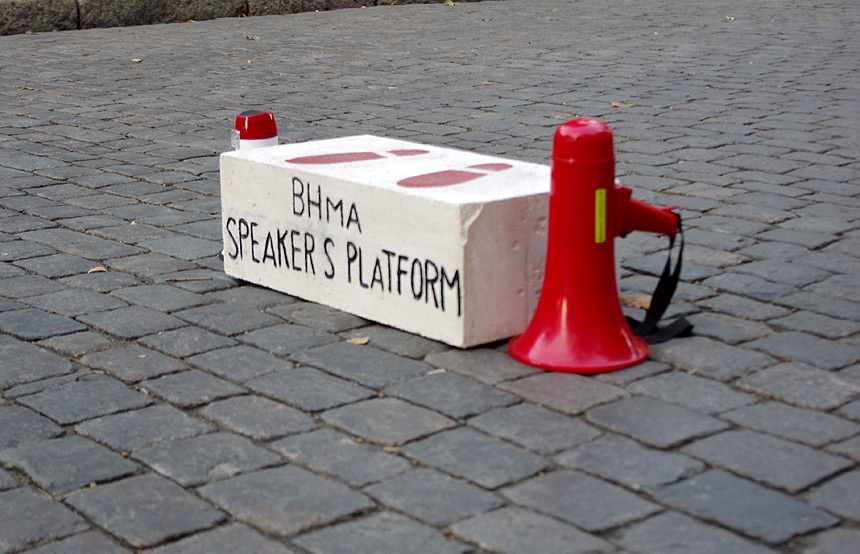 On October 11, 2018, we have conducted the FIRST ART Intervention-Performance on Deribasovskaya Street.

Our association, together with Oleg Savchenko and the Perutsky’s Theater, have installed two bemas* (dais for a speaker) in the middle of the street and have invited passers-by to read poetry and prose.

The First Art is an action whose purpose is to attract interest in the work of writers, in particular Ukrainian ones.

In the performance, the Basics of Rhetoric installations by Andrii Liubov were used: a platform for a speaker (exhibited at the Museum of Contemporary Art of Odessa) and a platform for a listener.

«“We don’t hear each other—and we don’t want to spend efforts on reaching mutual understanding. But sometimes, it’s useful for listeners and authors to switch places. Anyone who is used to talking can try to hear others, and listeners can try themselves as a speaker»”, the author of the performance idea Andrii Liubov says. 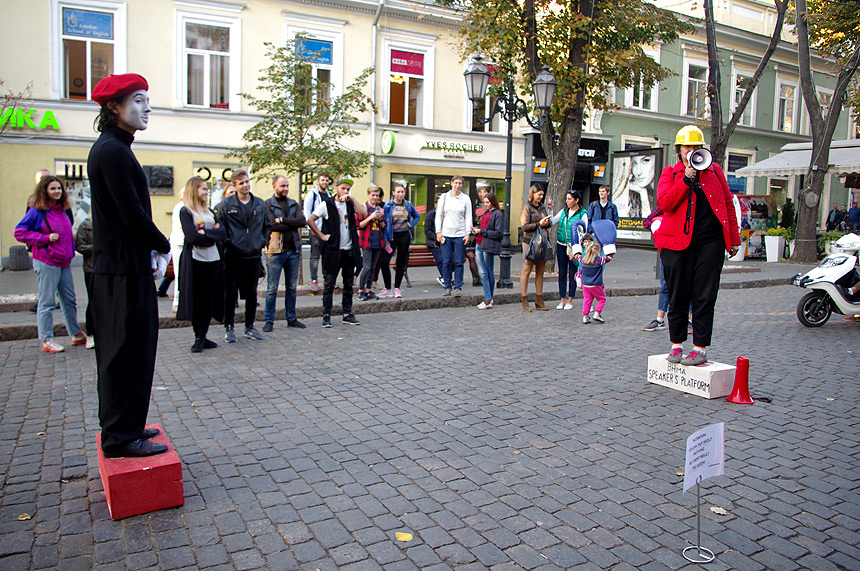 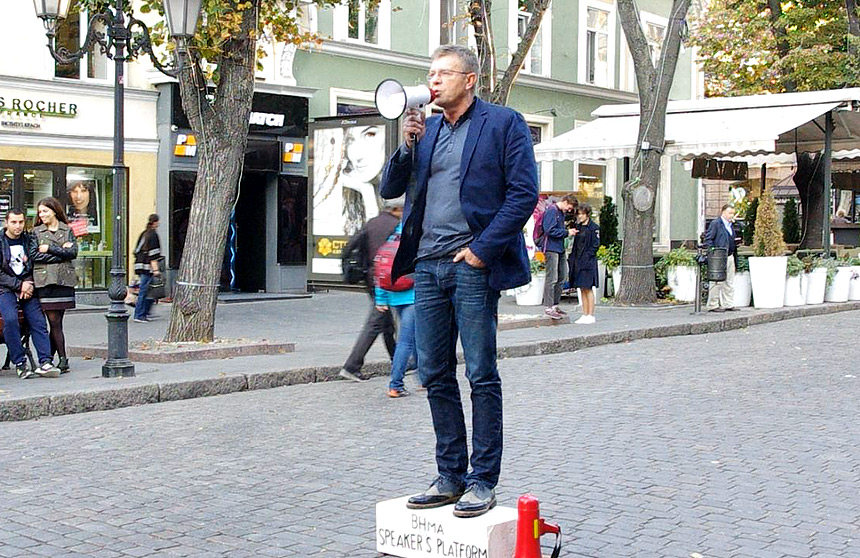 Passers-by had the opportunity to rise on a bema and to speak out. So, a student of a music school tried herself as a speaker. «Every year, we look for a premise on our own to pass the state exam», the girl said.

An invitation to the Bald Singer performance, which took place on October 31 at the House of Clowns, was also heard on the bema. 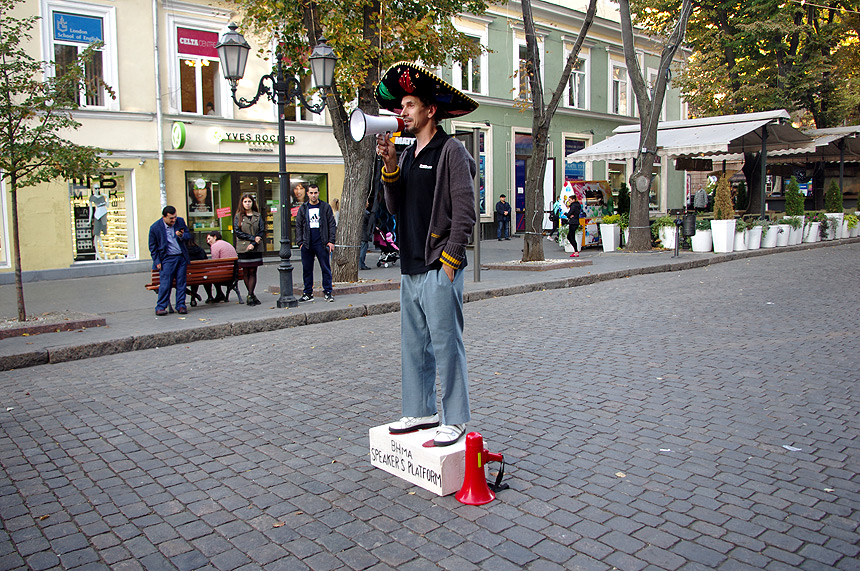 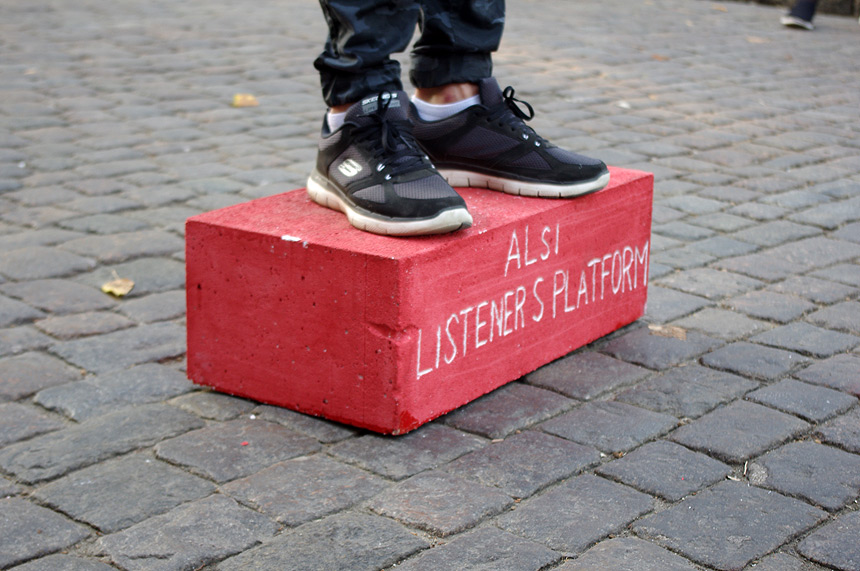 The performance was also visited by Odessa poets. Here they read their poems and classics.