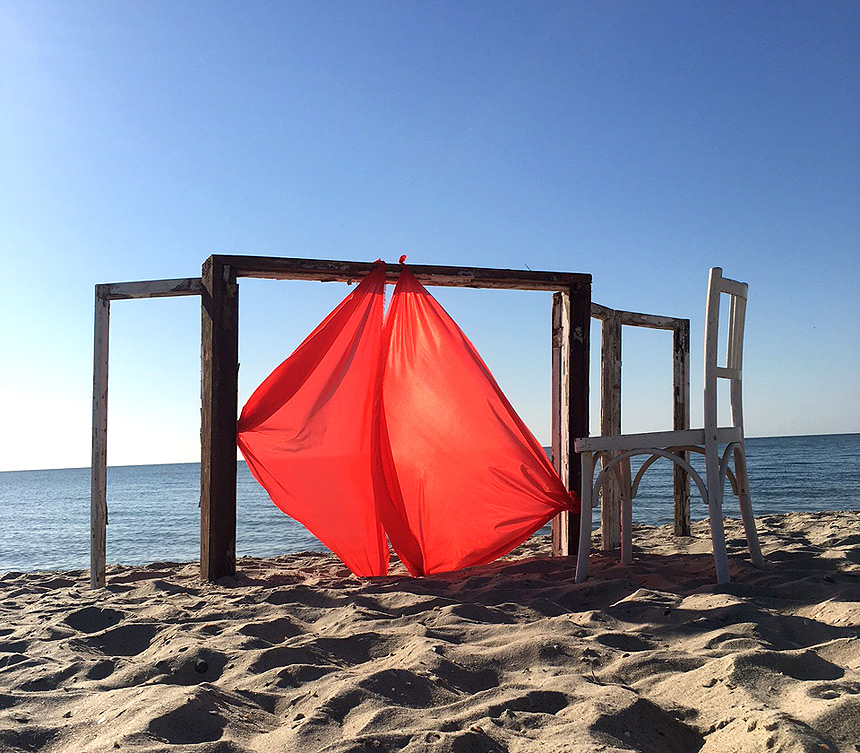 The beach in the summer is not only a great place to relax and to embellish yourself with a tan. Here you can also spend time culturally and create something new.

The sculptor and art engineer Andrii Liubov thinks so. With his assistance, Odessa beach at the 13th station of the Big Fountain temporarily became a gallery of open-air installations. Numerous installations by the author were presented here, each of which expressed a special idea and surprised with the form of presentation. Some works and their unusual location on the beach even gave inspiration to other authors. 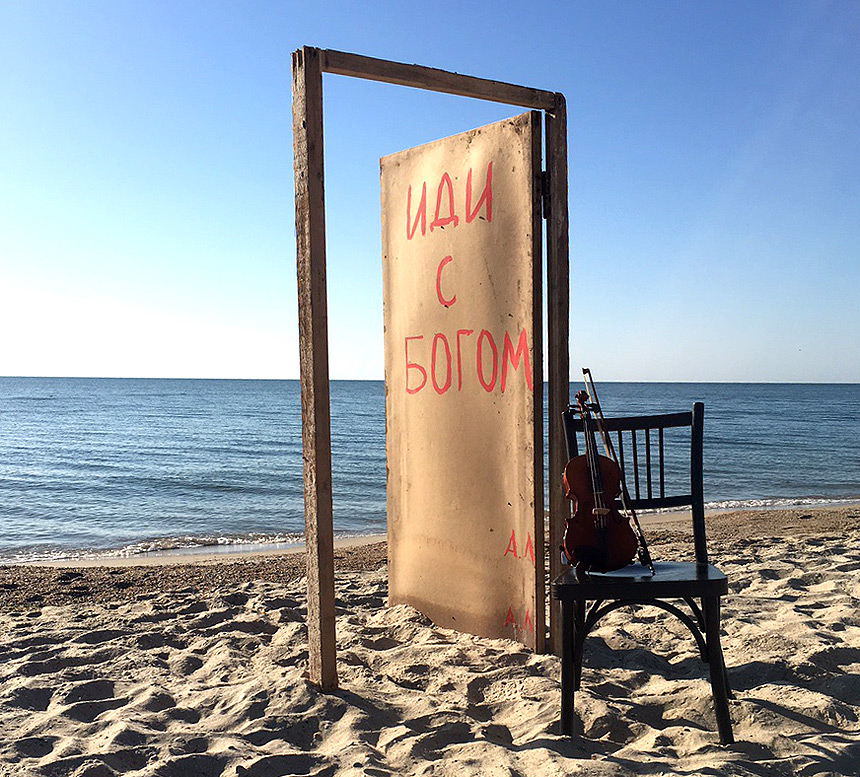 For example, Mikhail Reva, having seen the Door installation, has created the House of the Sun sculpture. Like the installations by Andrii Liubov, M. Reva’s sculpture is located on the beach, only now at Langeron.

The beach, according to experimenter Liubov, is the best gallery, as there is always a spectator here. And a work of art, as Malevich said, exists as long as the public is interested in it. 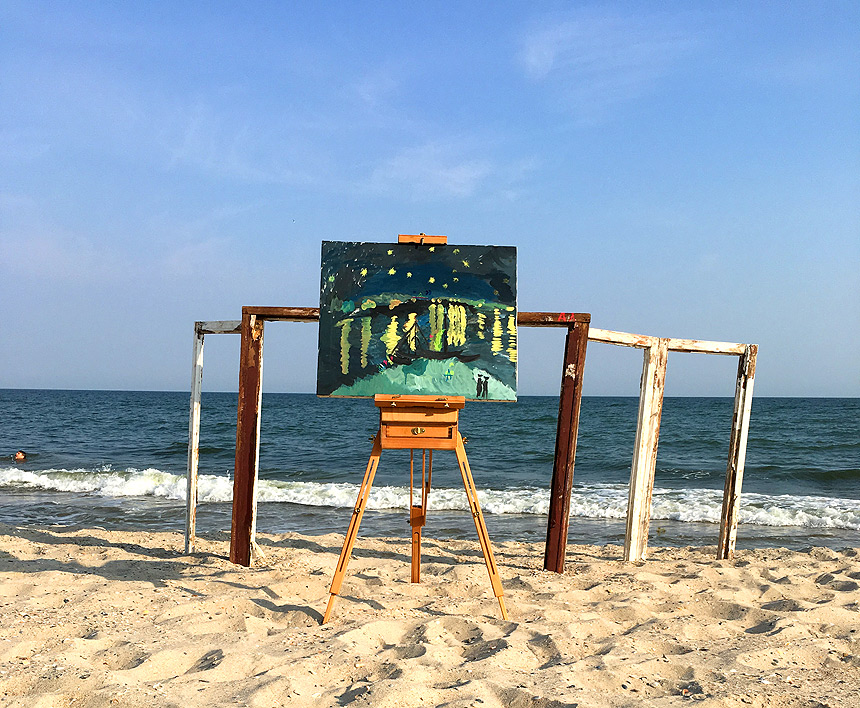 The beach gallery lasted all summer 2017. And even now sometimes, there are people who are interested, «And where did the art from the beach go? Where we can look at the favorite exhibits?»

Perhaps later we will repeat this experiment again.