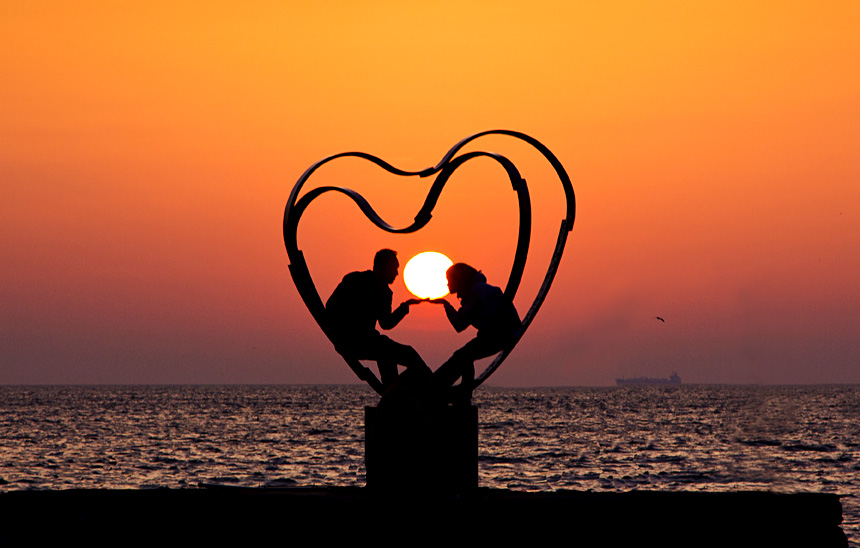 The first sculpture in Ukraine installed on the pier

The Solar Heart sculpture is the first art object in Ukraine installed on a pier. It is located at the 13th station of the Big Fountain in Odessa.

The author of the project is the Odessa art engineer, sculptor, and writer Andrei Lyubov.

The art work is a composition of two intertwined metal hearts. Inside them, the words “love” and “peace” are engraved in twenty languages. Furthermore, viewers are invited to find another word among the inscriptions, and which one the author keeps secret. 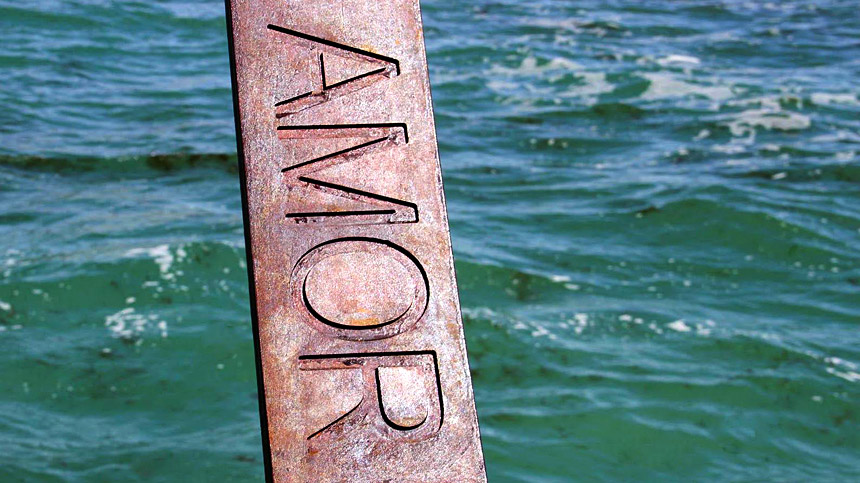 The creation of the sculpture was inspired by the Odessa-2056 competition announced by the World Club of Odessites. For it, the writer created the story The Baker’s Dozen of the Big Fountain. The story describes the transformations that will occur in Odessa in forty-nine years. One of the proposed changes was the installation of the sculpture on the pier. In the story, when during sunset a sunray passes between two hearts, all wishes are being fulfilled.

Odessa sculptor Mikhail Reva helped to realize the idea of the composition to Lyubov. He provided technical support for the art object.

The author plans that the sculpture will change. He compared it to a frame, into which any picture can be inserted, “There is a work of modern art before us. The sculpture can be supplemented with temporary installations on current topics”. 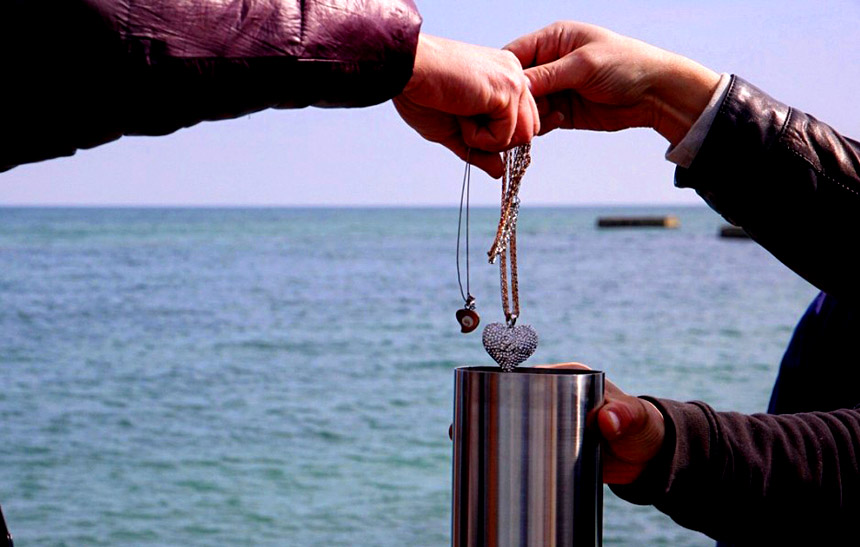 The art object was installed on April 23, 2017. During installation, a capsule with a book of stories by Andrei Lyubov Aloha and a heart-shaped decoration was laid in the base. But the grand opening of the sculpture took place on May 19. The event organizers invited a young couple to the opening and arranged a real wedding ceremony. After the solemn civil marriage ceremony, the newlyweds went to the sculpture and threw coins through intertwined hearts. Now, this tradition is supported by other young couples. 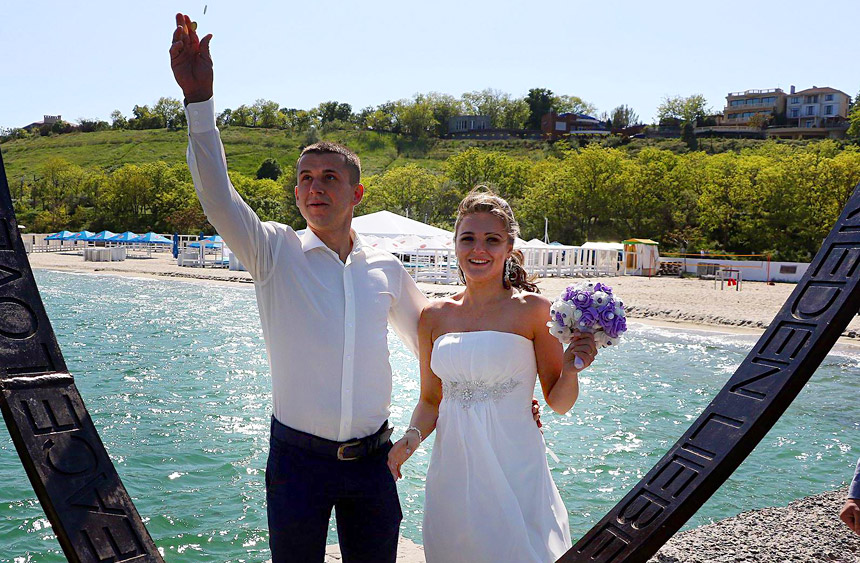 The installation of the sculpture and its popularity among the city residents and visitors became the reason for the improvement of the surrounding space. In December 2017, the traverse, on which the sculpture was installed, was repaired.

We hope that the Solar Heart, as in the story, will indeed become—or even has already become—the element that will launch cultural transformations in Odessa.