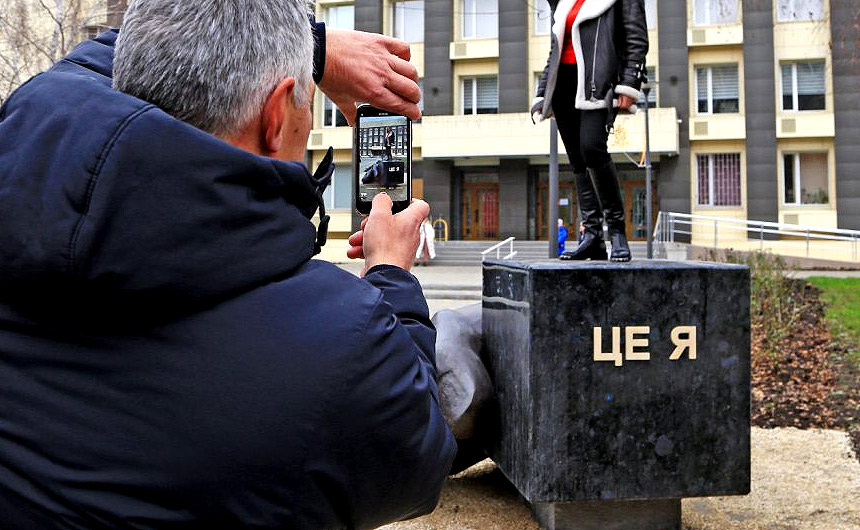 New art object dedicated to «the most important person in Ukraine»

On December 30, 2019, a sculpture by the artist Andrei Lyubov, dedicated to «the most important person in Ukraine» was opened in Odessa, on the street of Academician Korolev, near the Kievsky district administration. 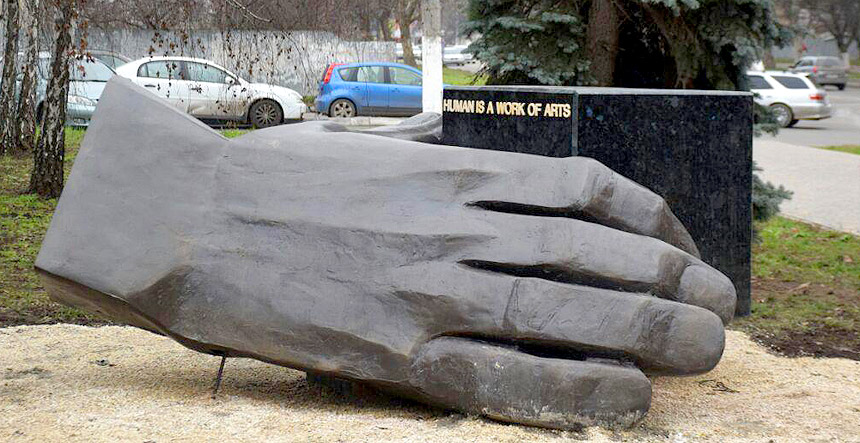 It is a pedestal that anyone can climb. According to the author, you are the most important person in Ukraine. 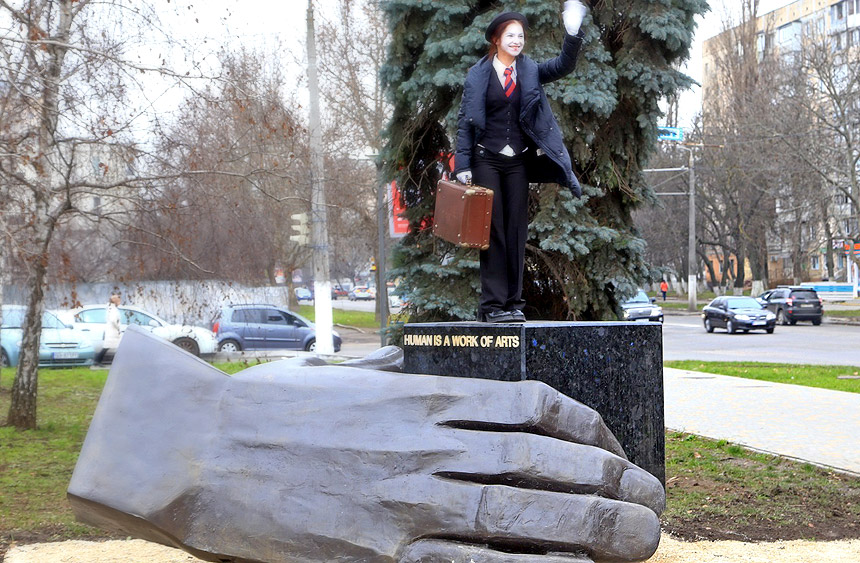 «The gray, faceless monuments are fed up. A lot of personalities walk around, and each of them is interesting. Therefore, I had such an idea», the author of the sculpture explained.

The sculpture was being created for about a year. The pedestal is made of natural stone – labradorite. It is believed that this stone develops creative abilities and reveals talents. 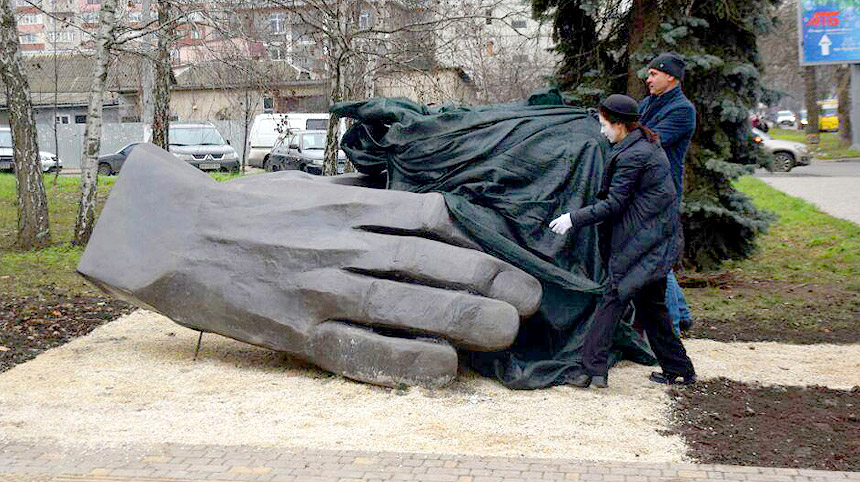 «The philosophical meaning was laid in the sculpture—and we will be glad if it turns out to be close to you. On the one hand, it is a performative sculpture. It requires the participation of the viewer and it is completed when a person is on the cube. On the other hand, it has a philosophical meaning. A person standing on a cube can resemble a part of the periodic table: two tetravalent elements—carbon is at the top, silicon is at the bottom. The sculpture invites the viewer to think: What is the Earth made of? What life forms can exist? This is a reference to cubism, and homage to the Black Square embodied in stone», Andrei Lyubov says. 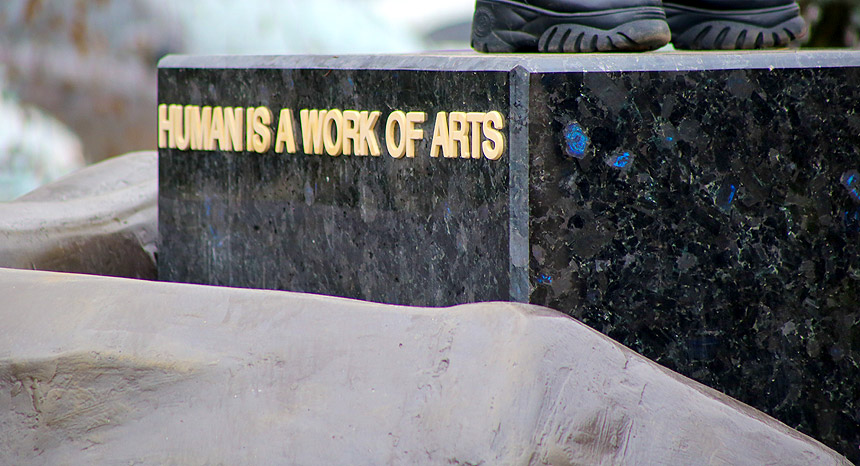 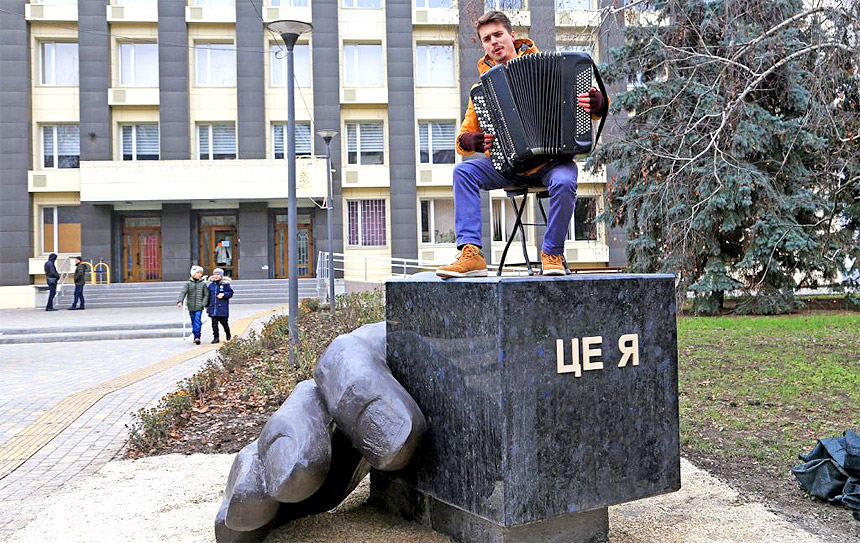 According to Andrei Lyubov, he wanted every person who climbed the pedestal to be inspired by new achievements and to feel his/her own significance for his/her country. Therefore, he attracted more than 50 people from Odesa, Kyiv, Kharkiv, and Lviv to create the sculpture. For this, the sculptor organized master classes in which everyone was able to create his/her own version of the work. Thus, not only the sculpture became interactive, but also the process of its creation. 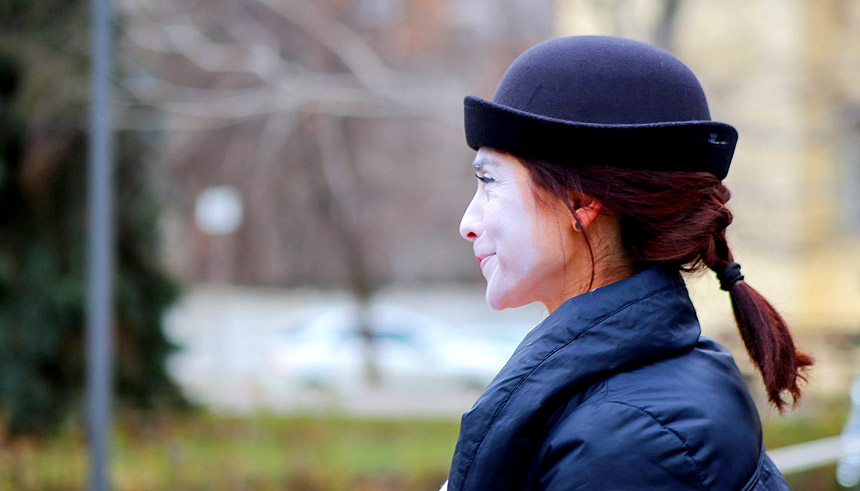