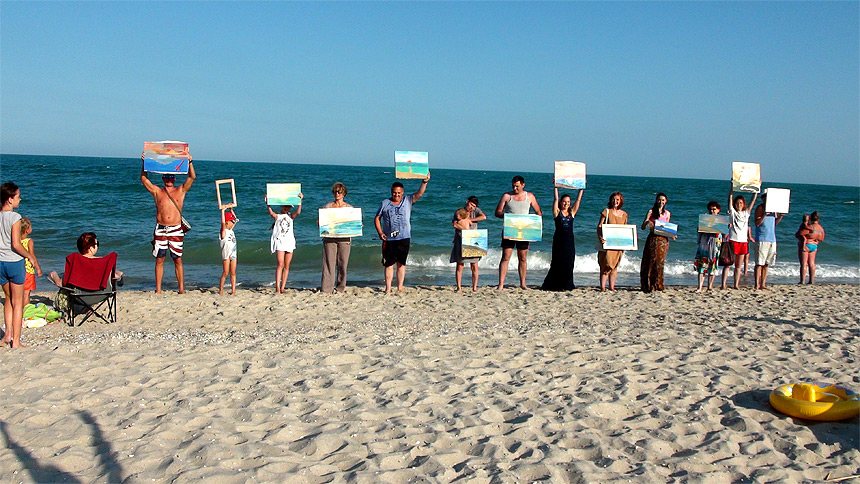 In the summer of 2018, vacationers at the Beregynya Family Ethnic Camp did not get bored for a minute. Here throughout the arrival, Andrii Liubov held beach performances.

Vacationers could not only observe the process of creativity, but also took part in the performances themselves.
The most memorable art projects of the summer season in the Beregynya Family Ethnic Camp, according to vacationers:

This is not the first time that beach vacations involving contemporary art by Andrii Liubov have been organized. A year before the beach performances, the art engineer has created an open-air installation gallery at 13 stations of the Big Fountain.