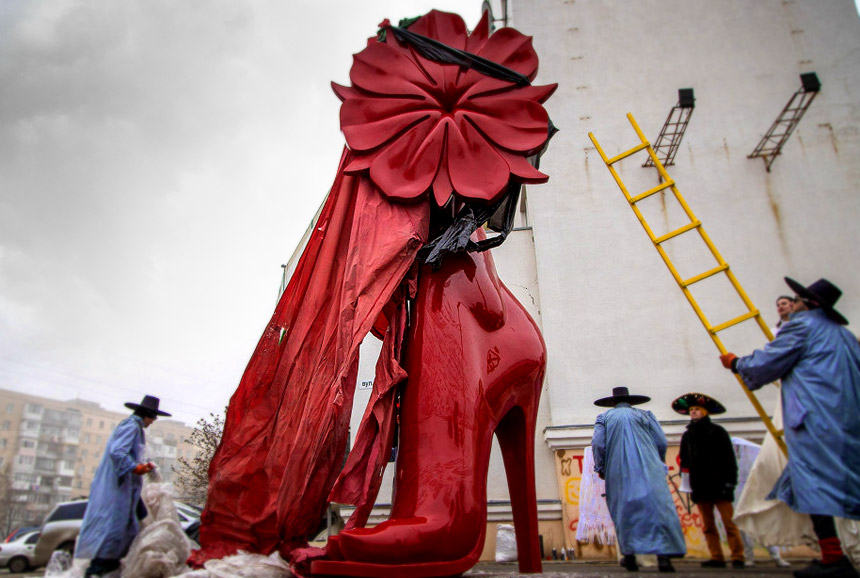 A new art object has appeared in Odessa. The sculpture is called Bloom, its creator is Odessa sculptor and playwright Andrei Lyubov. He has previously installed Solar Heart and Key of Recognition sculptures in the city. The author until the last moment kept secret how his work will look like, so the audience could see the art work only after the opening.

The sculpture is a surreal combination of a female foot, high heel, and a flower. On the foot bottom, there is an inscription in English: “Philosophy begins in wonder. Plato”. The height of the object is 4.7 meters. 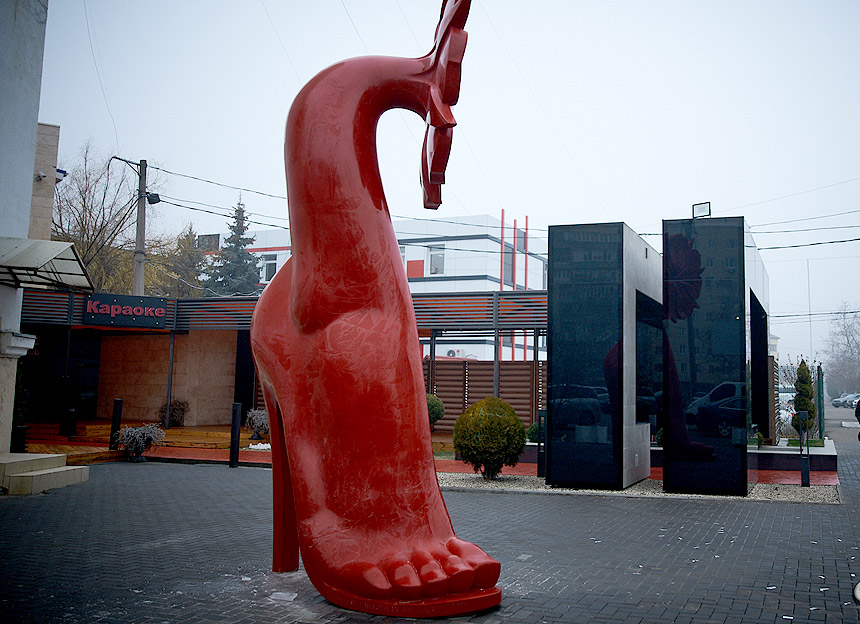 “The work was done in the style of Post Antiquity and Neo-Socialist Realism”, the author comments. The artist says that the myth of Daphne influenced the creation of the sculpture. According to legend, persecuted by Apollo, who was in love with her, she asked Zeus for help, who turned Daphne into a laurel tree, and the author submits the modern interpretation to the approval of the inhabitants of Odessa and guests of the city.

The art object was installed on the corner of Inhlezi and Korolev Streets. It was decided to place the sculpture not in the center, but in the Kievsky district. This decision is not made by the author for the first time—the previous art object of Andrei Lyubov was also installed in a dormitory area of the city. The author explains this by the desire to aesthetically develop not only the city center, but also its other districts. 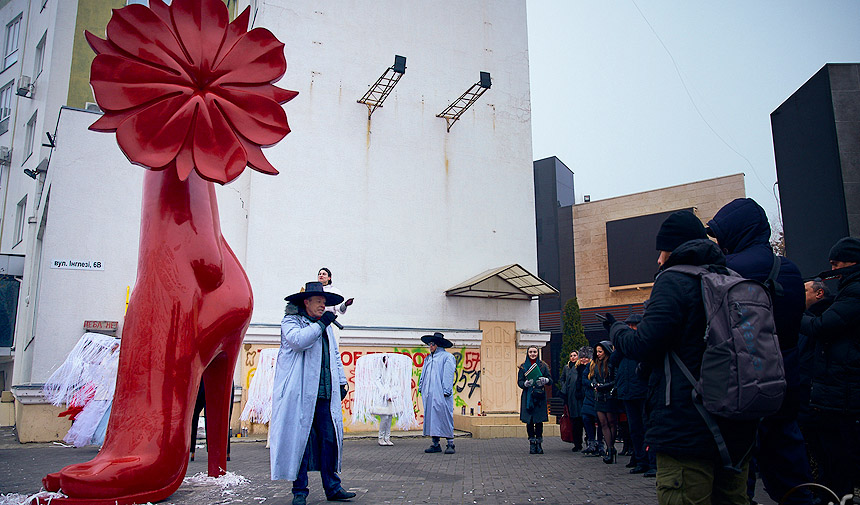 The grand opening began with a theatrical performance, in which the author of the sculpture and the clowns of the Orange Mood Theater participated. 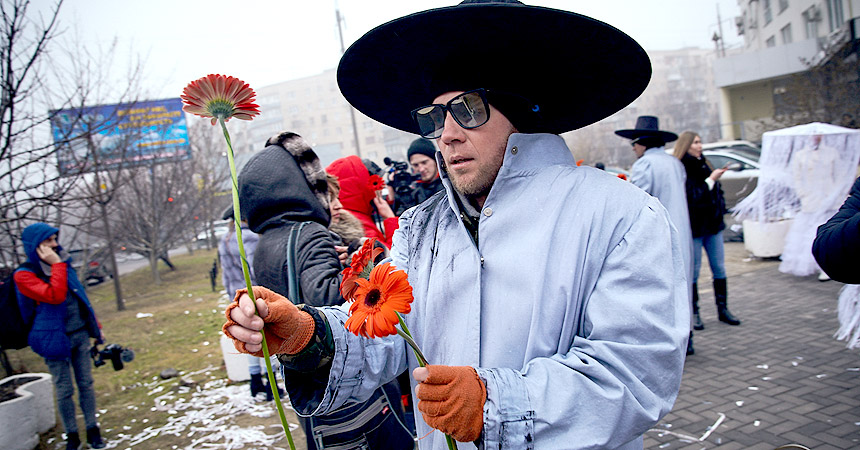 “First, a whole image of three parts connected by smooth lines arose in my head. Then I picked up plasticine and embodied the image in the material. Initially, the flower was in the form of a sunflower, and in the process of work, a collective image was formed. I think the creation of the art work was influenced by the love of ballet, the works of Dali, Van Gogh, and Georgia O’Keeffe, as well as the admiration for female plastic and grace”, the author comments on the process of creating the work. During his speech, the actors of the Orange Mood Theater presented each lady guests of a gerbera flower.

In addition to the red ribbon, barbed wire with slogan inscriptions and comments from Facebook: “Monumentality defines mentality”, “Memory—to monuments”, “Time has come for the pedestal”, etc., was placed around the art object. It was solemnly cut with special scissors—and the sculpture was opened! 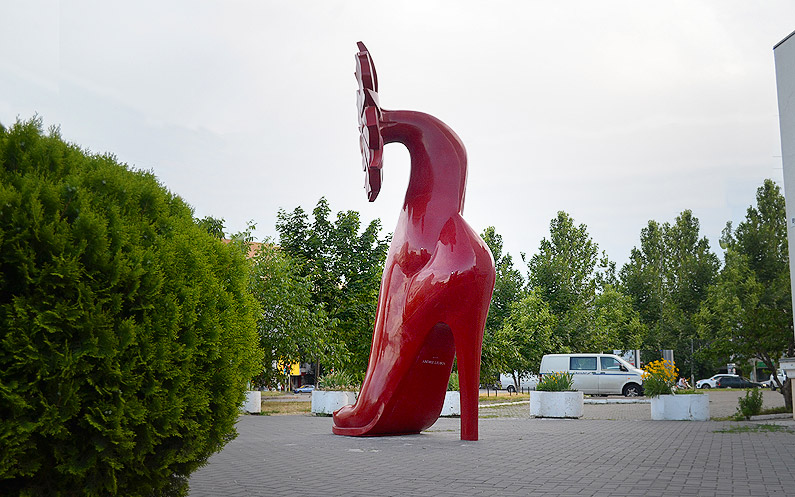 The event guests were waiting for another surprise. It was decided to turn on the background of the sculpture into an independent art object. The work was called “The Wall of freedom”. According to the author, its idea is to provide everyone with space for self-expression. At its opening, those present could draw or write something on it. In the future, it is planned to create a mural over this wall.