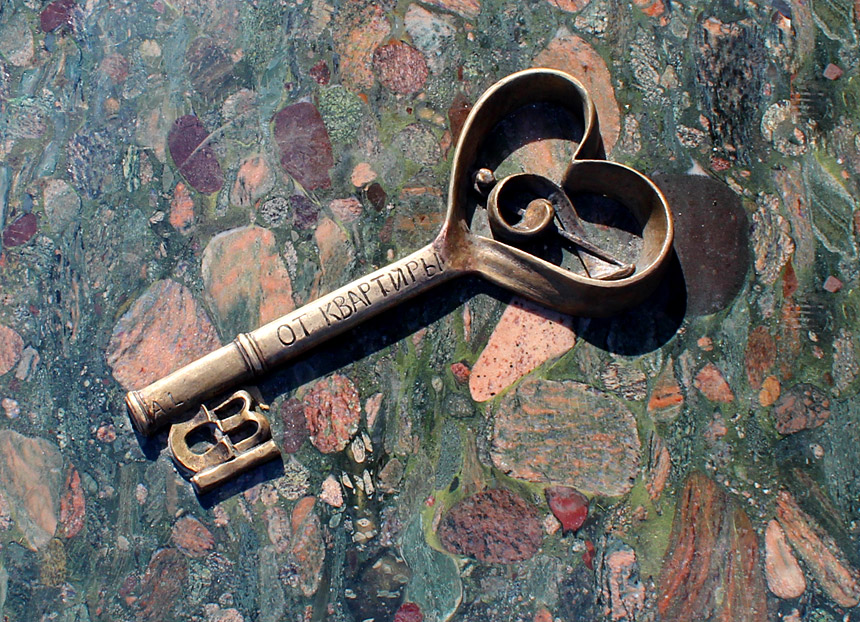 The smallest city sculpture, which refers to the famous novel by Ilf and Petrov, was installed in Odessa. The opening of the art object dedicated to The Twelve Chairs novel took place on April 13, 2018, on the street named after the novel authors. The creator of the sculpture is a writer and playwright, founder of the Aloha Art Theater Andrei Lyubov.

The art object is called the Key of Recognition and it is a bronze key. How can we not recall the legendary “key to the apartment where the money lies” from the novel by Ilf and Petrov? According to the author, the name “Key of Recognition” expresses admiration for the talent of two writers who glorified Odessa. The art work claims to be the smallest sculpture in the city—its length is only 38 centimeters. On the work, you can see the details in the form of a treble clef, a heart, as well as the abbreviated inscription “CB”, which stands for Russian «Счастья Вам» (i.e. “Wish you happiness”). 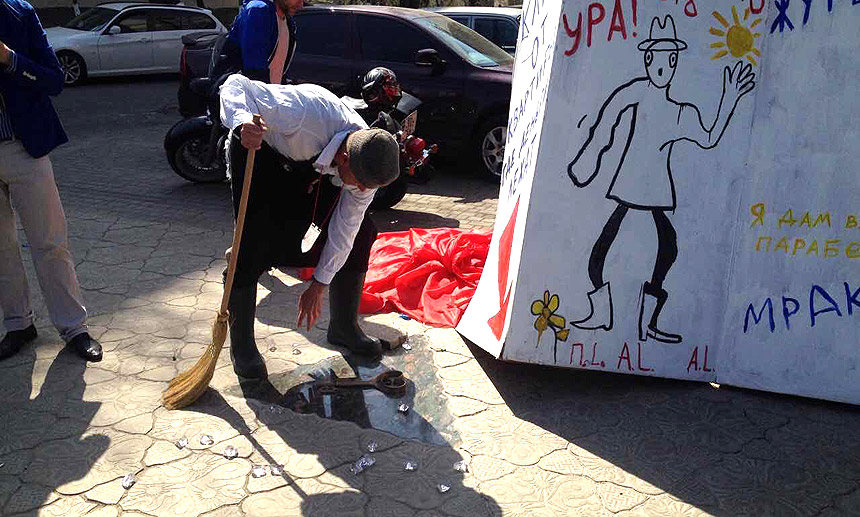 «The idea of an art object has appeared at the beginning of the year. In the evening, I decided to re-read The Twelve Chairs novel, which I picked up for the last time when I was 10-12 years old. Since then, the belief that this is the most humorous book in the world has remained for all my adult life”, the playwright says. “I am sure that after reading it, a good mood is guaranteed to everyone! I wanted to capture my emotions and to express them in sculpture».

Prior to the opening, the authors of the project kept secret what the art object would be. It was only known that the art work depicts a thing that is mentioned in the novel, but which is not there. 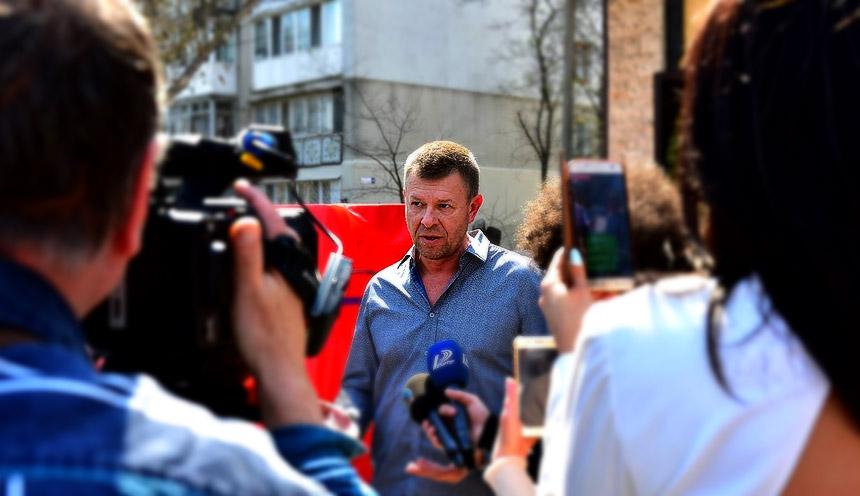 It was specifically decided to install the sculpture not in the city center, but on Ilf and Petrov Street on Tairov, «The city center itself is very handsome. And in Kyiv Region, there are many high-rise buildings, but few attractions. But Odessa is not only a center, it is Suvorovsky, Kievsky, and Malinovsky districts as well», Andrey Lyubov says.

The opening date of the sculpture is also symbolic. April 15th is the first date found in the novel: «On Friday, April 15, 1927, Ippolit Matveyevich, as usual, woke up at half-past seven and immediately stuck his nose into an old-fashioned pince-nez with a gold bow», we read from Ilf and Petrov novel. But since the 15th day for Ippolit Matveyevich was overshadowed by the departure of his beloved mother-in-law, the opening of the sculpture was postponed two days earlier.

At the opening performance, the Aloha Theater and the Perutsky’s Theater presented scenes from the novel. The event was accompanied by live music performed by pupils of music school No. 6.